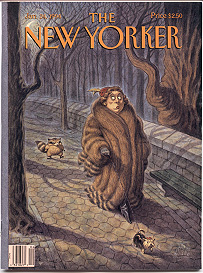 When Tina Brown took over the editorship of The New Yorker, she brought in Art Spiegelman as a comics editor and began assigning work to various "narrative" cartoonists, among them Bill Griffith, Justin Green, Robert Crumb, Gary Panter, Spiegelman himself and others.

Those halcyon days were numbered, however, and eventually full-page comics ceased appearing in The New Yorker's pages. Here are some of Griffith's "cartoon-o-journalism" efforts that made it past Tina Brown's tempermental blue pencil (and some that didn't).

"IT'S MY PARTY" (1 page. Interviews with third party Presidential candidates, not used. Published in the Sunday Boston Globe, 10/27/96) CLICK TO ENLARGE.